Here is a trick question: How smart is your smartphone? As smart as a mainframe computer in 1968? As smart… 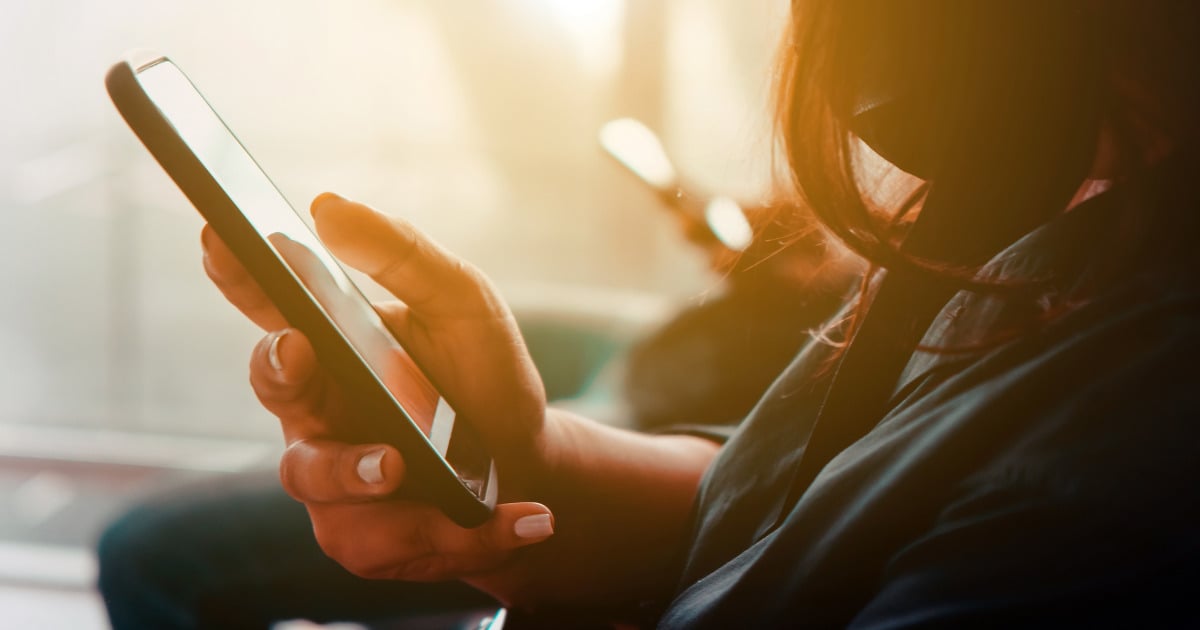 Here is a trick question: How smart is your smartphone? As smart as a mainframe computer in 1968? As smart as you when you were three years old? Or as smart as the smartest kid in your primary school?

The smart answer: All of the above, and more. The phone, whether a feature phone or smartphone, is so much a part of us — a friend, confidant, mentor and guide — that losing it is as stressful as being in a terrorist attack, according to a survey of 2,000 adults conducted by UK-based The Physiological Society early last year.

The numbers reflect the mood of smart mobility. Global spend on mobility solutions is projected to reach US$1.8 trillion by 2022, from about US$1.63 trillion this year, according to the Worldwide Semiannual Mobility Spending Guide published by International Data Corp (IDC).

“These days, mobile technologies are an integral part of the work environment with the proliferation of devices — whether in the hands of customers, partners or employees — delivering unprecedented access to information, improved productivity and collaboration. Even industries that are typically slow to adopt technologies, such as construction and personal and consumer services, are implementing mobile strategies,” says Jessica Goepfert, vice-president of customer insights and analysis at IDC.

Companies that do not have a strong mobile focus are already losing the battle for eyeballs. “In consumer-centric industries such as retail and banking, mobility projects are creating and delivering exceptional customer experiences in the hope of building loyalty and trust. Segments with an operational focus, like manufacturing and construction, appreciate the efficiency and productivity of mobile solutions,” says Goepfert.

The number of global smartphone unique (or first-time) subscribers will surpass three billion this year, accounting for 55% of the world’s population. “Powered by the rise of cheap smartphones, declining data prices and short replacement cycles, the smartphone industry has seen rapid adoption in the past 10 years. But after years of consistent double-digit growth rates, we expect the number of global smartphone unique subscribers to grow by single digits for the first time this year, at 9.1%. It is now becoming difficult to add new subscribers globally and there are very few countries that can do this,” says a Forrester report.

“This incremental opportunity includes subscribers shifting from feature phones to smartphones, as well as new subscribers buying smartphones directly and skipping the feature phone altogether. We expect to see significant disruptions in the next five years in e-commerce, m-commerce, digital advertising, social media, retail, mobile payments and banking, and content as the smartphone becomes the preferred channel for online transactions,” says Satish Meena, a senior research analyst at Forrester.

The smartphone is the device of choice in most countries, including Malaysia. In fact, in just one year, the smartphone penetration in the country jumped almost 10%. In 2016, about 69% of Malaysians owned a smartphone. This rose to 76% last year.

“The smartphone has rapidly become the preferred device for most Malaysians to remain connected,” says the Malaysian Communications and Multimedia Commission (MCMC).

What is driving smartphone sales? Inexpensive devices, subsidies, aggressive campaigns and promotions by service providers, affordable voice-data packages and the increasing use of and reliance on smartphone-based apps are among the key factors contributing to the growth. The pivotal driver: smart apps.

The average smartphone has 60 to 90 apps installed. The average user launches about 10 apps a day or about 30 apps a month and spends roughly three hours a day on these apps. The most significant app of all? The internet browser.

What do Malaysian smartphone users do online? About 30% make online purchases, the majority of whom use mobile apps to do so, especially those aged between 20 and 34.

Malaysians are just as addicted to the smartphone as everyone else. An MCMC survey found that 81.3% of users cannot wait even an hour after waking up to check their messages on their phones. And checking messages is the last thing that almost everyone does before going to bed.

It is not businesses but consumers who are fueling the boom in mobile devices. “Consumers will provide more than 70% of worldwide mobility spending between now and 2022. More than 50% of this will be spent on mobile connectivity services. Most of the remainder will be for buying the device,” says the IDC report.

However, businesses are fast catching up to get on the mobile bandwagon. IDC says professional services are the global industry leader for mobility spending this year at US$44.9 billion, followed by the banking sector at US$44.5 billion. Discrete manufacturing, retail and education will round out the top five industries this year.

“While mobile devices will be the second largest area of spending, most industries will make considerable investments in mobile apps and app development platforms. Businesses are moving beyond using mobile devices for basic communication and productivity apps to more advanced, task- and industry-specific apps and workloads,” says Phil Hochmuth, programme director for enterprise mobility at IDC.

Mobile app development will continue to be the hottest game in business. Companies are set to plonk top dollar on mobile apps, making these platforms the fastest-growing technology category overall, with a compound annual growth rate (CAGR) of 15.1% between now and 2022.

The top four sectors with the highest potential in mobile apps? Discrete manufacturing and utilities (each with a CAGR of 5.9%), telecommunications (5.8%), process manufacturing (5.7%) and healthcare (5%).

Where is the growth going to come from? China and the US for one, with more than US$300 billion each in mobility spend this year. In third place would be Japan with US$107 billion, followed by India (US$51 billion) and Brazil (US$44 billion). India will see the fastest annual growth of 7.9% between now and 2022.

Does the future of the smartphone belong to China? At present, it certainly does. The top five Chinese smartphone brands — Huawei, Lenovo, Oppo, Vivo and Xiaomi — together saw a whopping growth of 47% in smartphone sales last year from 2016. That works out to 288 million smartphones. The global total is 905 million so they account for 30% of all smartphones in use, says Amsterdam-based Newzoo.

“Growth has come predominantly from countries like India, Indonesia and Russia. In India, the number of Chinese smartphones almost quadrupled to 121 million in October last year, from just 37 million in October 2016. More than 33% of the 320 million smartphones used in India are now Chinese,” says Newzoo CEO Peter Warman.

As for the US, the growth was high (50%), but the base was low. Only 1.5 million smartphones used in the US were from Chinese manufacturers as at October last year.

The smart fuel for smartphone growth will come from the next-generation technology called 5G. The advent of 5G will enable subscribers to download a full HD film in less than a second.

“Mobile is a global platform that supports 66% of the world’s population. Our latest Mobile Economy report reveals how the near ubiquity of smartphones and high-speed connectivity is enabling innovation in areas such as artificial intelligence and driving the digital transformation,” says GSMA director-general Mats Granryd.

That boom in wireless connectivity has prodded telcos to invest almost US$1 trillion to upgrade their technology since 2010. “The mobile ecosystem employed 28.5 million people directly or indirectly in 2016. This will rise to 30.9 million by 2020. The sector will contribute US$500 billion in tax receipts by 2020, up from US$450 billion in 2016,” says the GSMA report.

That excludes revenue from spectrum auctions, worth US$19 billion in 2016.

How smart is your phone? All the way from A to Z: It has all your Apps, whether Apple or Android; it is your Best Buddy; your Calendar is in it; your Data is in there; your Engagements are listed; your Friends are all there; you Greet them and meet them using Grab; your Home location is on it; the Internet is always on; you Join groups and share Jokes; it Keeps all your secrets and Kills them when you so wish; you Love your phone and can’t Live without it; you pay good Money for the phone and the service; it remembers all the Numbers you don’t; you Open apps all the time; it’s the most Personal Possession you have; you can Query anything, anytime, anywhere; your phone Rests only when you do; most of your Searches are done there; it is your Timer and Travel companion; you have apps like Uber installed on it; you watch Video and play Virtual games on it; it uses WiFi and WhatsApp is your favourite app; sometimes you get X-rated stuff on it; without your phone, You are lost; and finally, your phone camera can Zoom and Zap photos just the way you want it.