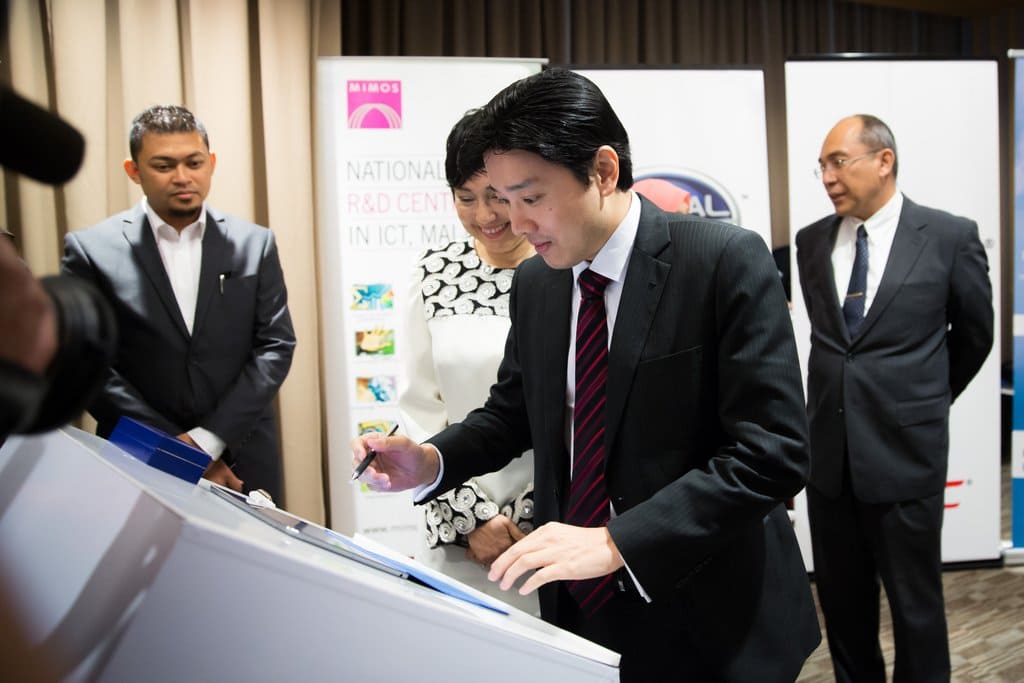 Fusionex International, a multi award winning IT company specializing in Business Intelligence, Analytics & Big Data, will work hand in hand with MDeC in accelerating BDA adoption in Malaysia. The establishment of this Innovation Network is a crucial step towards Malaysia becoming a BDA hub in the ASEAN region.

The signing of the MOU which establishes the BDA Innovation COE is seen as a strong commitment by both MDeC and Fusionex International to drive the adoption of BDA technologies, cultivate a culture of innovation and essentially, build a BDA ecosystem that will impact all sectors of the Malaysian economy.

MoUs were signed with Fusionex International and Teradata Corporation to build industry-driven COEs, while the third MoU was signed with the Malaysian Administrative Modernisation and Management Planning Unit (MAMPU) and Malaysian Institute of Microelectronic System (MIMOS) to establish a BDA Digital Government (DG) Lab which will be a part of the wider National BDA Innovation Network.

The MoUs covers areas of collaboration between MDeC and BDA experts from the public and private sectors which involve amongst others, designing and developing high impact BDA solutions in identified key sectors that play a significant role in Malaysia’s economy such as banking, telecommunication, oil and gas, retail and e-commerce, healthcare, education, transportation and manufacturing. As these industries embrace BDA technologies, there will be a marked increase in awareness and interest in BDA. This will lead to the proliferation of BDA technologies in these key industries that would generate various job opportunities in the respective sectors, and thus create a sustainable ecosystem in Malaysia as a catalyst for further economic growth.

“The National BDA Innovation Network showcases MDeC leading the effort by drawing upon our competencies in national BDA thought-leadership. Indeed, no single player can drive the adoption of technology trends in Malaysia, thus, it is vital for BDA industry leaders to share their knowledge and expertise in accelerating the adoption of BDA on a national scale,” said Dato’ Yasmin Mahmood, CEO of MDeC.

The setting up of a National BDA COE was one of the three imperatives announced by the Prime Minister Dato’ Sri Mohd Najib Tun Abdul Razak during the 26th MSC Malaysia Implementation Council Meeting (ICM) held in October 2014 to drive the nation towards becoming a leading regional BDA player.

Ivan Teh, Managing Director of Fusionex commented, “In the current landscape, having the ability to mine data to derive meaningful insights as well as drive business decisions is of paramount importance. Fusionex applauds MDeC’s efforts in the BDA space, and we are delighted to embark on this strategic partnership. To that end, Fusionex will join forces with MDeC and key industry leaders to spearhead and accelerate the adoption of BDA across the nation.

Specifically, our BDA COE will focus on high-impact projects and solutions, while our BDA Academy will bring about a new dimension of knowledge, expertise, innovation, cutting-edge technology and know-how, with vast possibilities. Apart from continuously bringing value to our customers, Fusionex has always been keen to address the broader Big Data market needs by making our revolutionary products and offerings available to all who are interested. By helping organizations and the wider ecosystem overcome the Big Data conundrum, we believe that opportunities can be unlocked and capitalized by forward-thinking organizations that are prepared to make the shift and adopt Big Data Analytics.”

Fusionex’s new state-of-the-art office in Malaysia which houses its Innovation Gateway, will be one of the key locations for the COE. Fusionex has also brought into existence its very own Big Data Academy, where it will serve as a platform to groom talent and will act as a training ground to enhance one’s technological skillset necessary to stay in today’s ever changing IT landscape.

During the MoU exchange ceremony, Craig Morrison, Country General Manager of Teradata Malaysia said that “We are fully behind MDeC’s efforts in advancing BDA in Malaysia. The industry needs more success stories before the technology can be adopted in a big way. High impact projects developed by the COEs will be a compelling case on how BDA can benefit society, the government and businesses within Malaysia.”

Dr Suhazimah Dzazali, Deputy Director General, MAMPU said, “We are delighted to participate in one of the most important developments that are currently unfolding in the Malaysia’s technological sector particularly in the BDA front. Leveraging our position as a central agency responsible for public sector modernization, MAMPU will provide resources to jointly assess and qualify high-impact projects, coordinate the POCs, assist and advise agencies on their POC project management and facilitate the availability of government datasets.

“BDA is the key for Malaysia’s ICT landscape to take advantage of the numerous opportunities made available by the Internet of things (IoT). The full value of IoT technologies as outlined in the National IoT Blueprint will not be realised until businesses and service providers are able to turn the massive amounts of data generated by all the connected devices into usable information that will help generate value for users. We are confident that our collaboration with MDeC will be able to plug this gap in order to reap the benefit from this increasingly vital trend” said Datuk Abdul Wahab Abdullah, President and CEO of MIMOS.