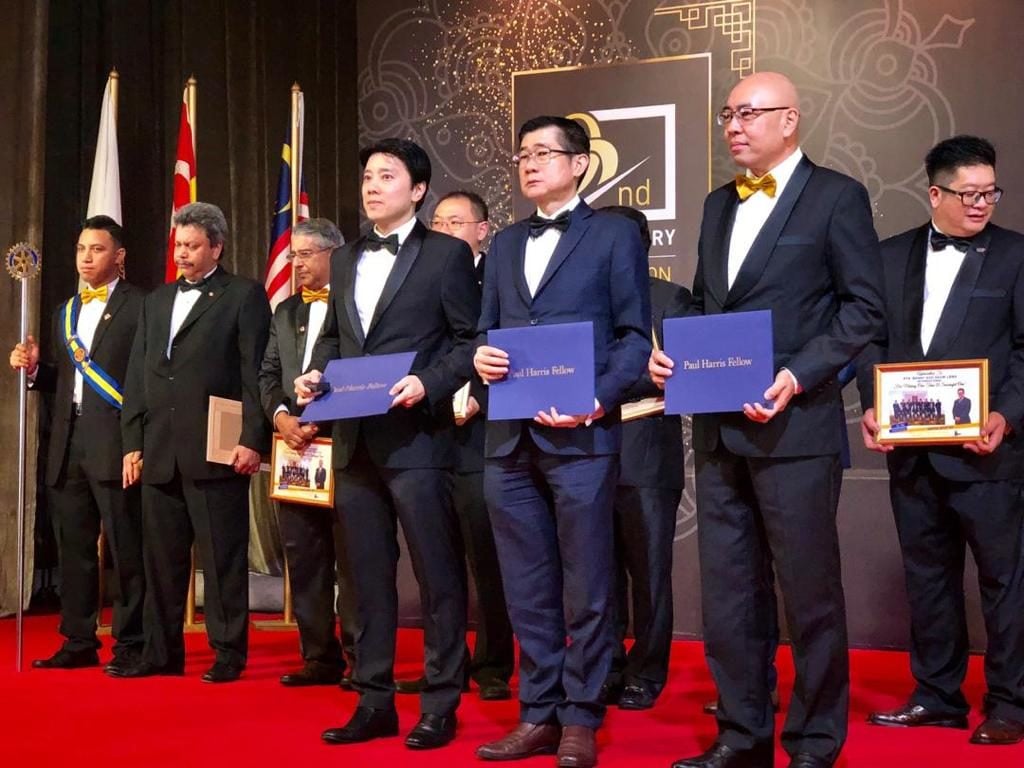 Fusionex Founder and Group CEO Dato’Seri Ivan Teh (left) receiving the Paul Harris Fellow award, the highest honor conferred by the Rotary Club to individuals who have contributed to good causes with honor. Received this honor with two other outstanding individuals, Dato Goh founder of Gintell Group (middle) and Dato Vincent founder of Subway Group (right).

Established in 1957, the award acknowledges individuals who have made significant contributions and supported philanthropic efforts such as immunizing children from polio and providing clean water to impoverished areas across the world.

Many prominent figures throughout history had been past recipients of the Paul Harris Fellowship, including US President Jimmy Carter, Russian President Boris Yeltsin, US astronaut James Lovell, UN Secretary-General Javier Perez de Cuellar, and Jonas Salk, inventor of the polio vaccine.

Fusionex Founder and Group CEO Dato’ Seri Ivan Teh said, “I am humbled and honored to receive this tremendous recognition alongside other noble philanthropists who have contributed greatly to these exemplary causes. I have immense respect for the Rotary Foundation as they have labored tirelessly to eradicate diseases, supply clean water, and support educational programs throughout the world, amongst many other initiatives. I’m glad to play a small but hopefully meaningful role in doing our part as global citizens, and will continue to do so in any way I can.”