Here’s a dilemma: Should you focus on the data or the data centre? Should Malaysia prod its enterprises to do… 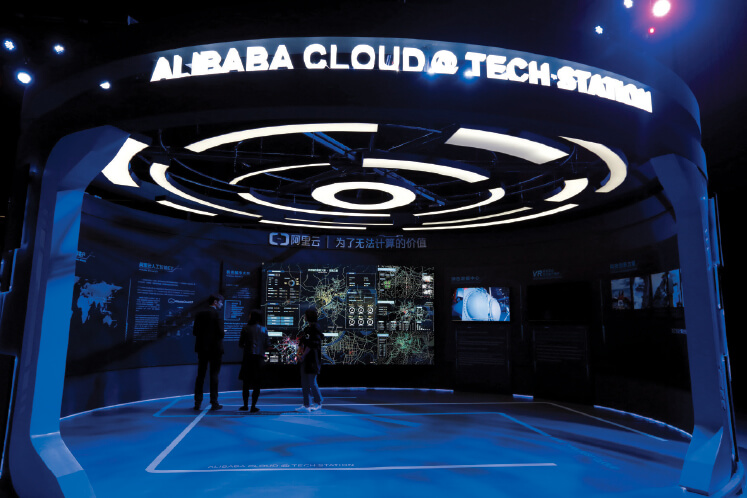 Here’s a dilemma: Should you focus on the data or the data centre? Should Malaysia prod its enterprises to do data analytics, or invest in data centres? Can Malaysia prosper as a data hub, without being a data centre hub?

How come? The Malaysian data centre services market is likely to reach RM2 billion by 2020 — up from about RM1 billion in 2017 — according to Malaysia Digital Economy Corporation (MDEC) estimates. “We are looking at about US$300 million (RM1.23 billion) worth of investments from foreigners in the short term,” MDEC’s director of digital eEnablement, Wan Murdani Wan Mohamad, said in January last year. “It could increase to RM5 billion in a few years when they set up data centres here.”

To start with, is there a direct correlation between digital data and data centres? No.

Data centres, on the other hand, are physical facilities that contain networked computers, storage and telecommunications equipment. Huge amounts of digital data — as defined above — are stored, processed, organised and disseminated by networked computers — called servers — which are one of the key components in data centres.

Why are data centres so crucial? Because they house an enterprise’s — or a country’s — digital data. In the current era of cloud computing, massive amounts of digital data are created every minute. These discrete pieces of information need to be stored and processed in data centres. Most countries forbid key pieces of sensitive data — such as healthcare records, government files, defence documents and banking transactions — from being stored outside the country’s physical borders. There is therefore a global rush to push the construction of data centres.

The rush to set up data centres in Malaysia began in 2015 when Chinese telecommunications giant Huawei announced it was investing US$120 million (RM430 million) to set up a data centre in Iskandar Malaysia in Johor. Huawei Southern Pacific chief marketing officer Lim Chee Siong said that the data centre — Asia-Pacific Digital Cloud Exchange — will be a data-hosting site where content providers can host their games, music, applications and other multimedia services.

“The data centre will allow aggregation of all global content and applications, including video and music content, into Malaysia,” Lim told The Malaysian Reserve in 2015. “This will then be distributed to operators locally in Malaysia, as well as to operators in Singapore and the Philippines.”

Apart from Huawei, Al-Bukhary Group’s Puncak Semangat said it is setting up an RM180 million data centre in Senai, Johor. Called the Synergycloud Data Centre, it will be the company’s fourth data centre — the other three are located in Glenmarie, iCity and Cyberjaya. The first phase covering a land area of 2,500 sq ft is complete and operational. Puncak Semangat chairman Syed Azmin Syed Nor said the second phase would be completed in 2017 and that the company plans an additional RM150 million investment in data centres.

Another infusion in the data centre space comes from European logistics giant DHL, which said it will invest €296.7 million (RM1.5 billion) between 2017 and 2020 on its IT Services Data Centre Hub. This is in addition to the €941.1 million (RM4.7 billion) the company has invested so far in its Cyberjaya IT hub.

But the biggest catch is Chinese giant, Alibaba Cloud, the cloud computing arm of Alibaba Group Holding Ltd.  The US$23 billion (RM94 billion) e-commerce giant said its data centre will become the first global public cloud platform in Malaysia. It will be Alibaba’s 15th data centre worldwide — its other centres are in mainland China, Hong Kong, Singapore, Japan, Australia, the Middle East, Europe and the US.

“Alibaba Cloud is helping to realise Malaysia’s eWTP vision by setting up cloud infrastructure to facilitate seamless cross-border online businesses for Malaysian enterprises,” said Simon Hu, senior vice-president of Alibaba Group and president of Alibaba Cloud. “We look forward to laying the digital foundation for Malaysia in the new global economy, equipping the country with future-proof online marketplaces, as well as payment, logistics, cloud computing and Big Data services that work seamlessly in the ecosystem.”

“Global content providers such as Google, Amazon and Netflix are increasingly opting for a decentralised content hosting strategy,” says PwC. “This aims to reduce latency issues and will ultimately enhance user experience, despite potentially incurring higher data centre costs. As a result, data centres operated by global content providers are mushrooming in strategic locations around the globe.”

Overcoming latency — or the speed at which web pages are refreshed on your PC or phone — is a major driver. Given the growing number of online users in the Asia-Pacific, it is strategic for content providers to locate their data centres closer to them. “As a result of data centres being decentralised into the various regions, inter-regional data traffic is growing and shifting, with more and more traffic coming to and out of Asia,” PwC notes. “For example, the Trans-

Pacific international bandwidth is now almost as high as the Trans-Atlantic one.”

Here’s the crux: In the regional race to win the data centre stakes, where exactly does Malaysia stand? Some indications come from the Data Centre Risk Index published by Cushman & Wakefield, a real estate services firm with 43,000 employees in 60 countries and global revenue of US$5 billion. The 2016 Index ranks 37 countries by four key factors — electricity cost, bandwidth speed, ease of doing business and corporate tax rates.

In electricity cost per kwh across 37 countries, Malaysia is ninth. Qatar is first, followed by South Korea, the US, Canada, Russia, Iceland, Indonesia and Switzerland. China is 16th, Hong Kong is 21st and Singapore is 23rd. So Malaysia has a clear advantage in Southeast Asia.

In bandwidth speed and cost (measured in megabytes per US$), South Korea is first, Hong Kong is second, Japan is third, Sweden is fourth, Singapore is 11th. Malaysia is 31st, China is 33rd and Indonesia is 36th.

In ease of doing business, the world leader is Singapore, South Korea is 2nd, Hong Kong is 3rd, Britain is 4th, and the US is 5th. Malaysia is 13th, Ireland is 12th, China is 33rd and Indonesia is 34th.

And in corporate tax rates, the surprising winner is Bulgaria, followed by Ireland and Hong Kong. Singapore and Thailand are at fourth place. Malaysia, China, Indonesia and the Netherlands are all at 17th place.

“While making up just 6.4% of our overall index, corporation tax is still regarded as a strong incentive when considering where to locate data centre facilities,” the C&W authors note. “Ireland is a primary example of this, with the second lowest corporate tax environment in our index. It is no secret that most of the global leaders in the IT Infrastructure sector operate large data centres in Dublin or are building large data centres there.”

Back to the final question: Should Malaysia focus on the data, or on data centres? The answer: on both.

The simple reason is that both are strategic. Data and data centres are not mutually exclusive. With a population of 31.38 million, about 22 million of them being Internet users, and 20 million, smartphone users, Malaysia generates a massive amount of digital data per minute. All that data needs to be stored and processed, and some of it must be analysed for trends related to healthcare, crime, traffic, logistics, and so on.

On the other hand, all this data needs a home, or multiple homes, or data centres. Increasingly, regional — and even global — data is intertwined with local data. Corporate, government, personal and social media data — as well as regional weather, infectious diseases and animal and human movement data — needs to be interlinked with local data and analysed for diagnostic, prescriptive or even predictive analytics where possible. Data centres are thus strategic and must be encouraged.

The bottom line: Malaysia cannot prosper as a data hub without being a data centre hub.